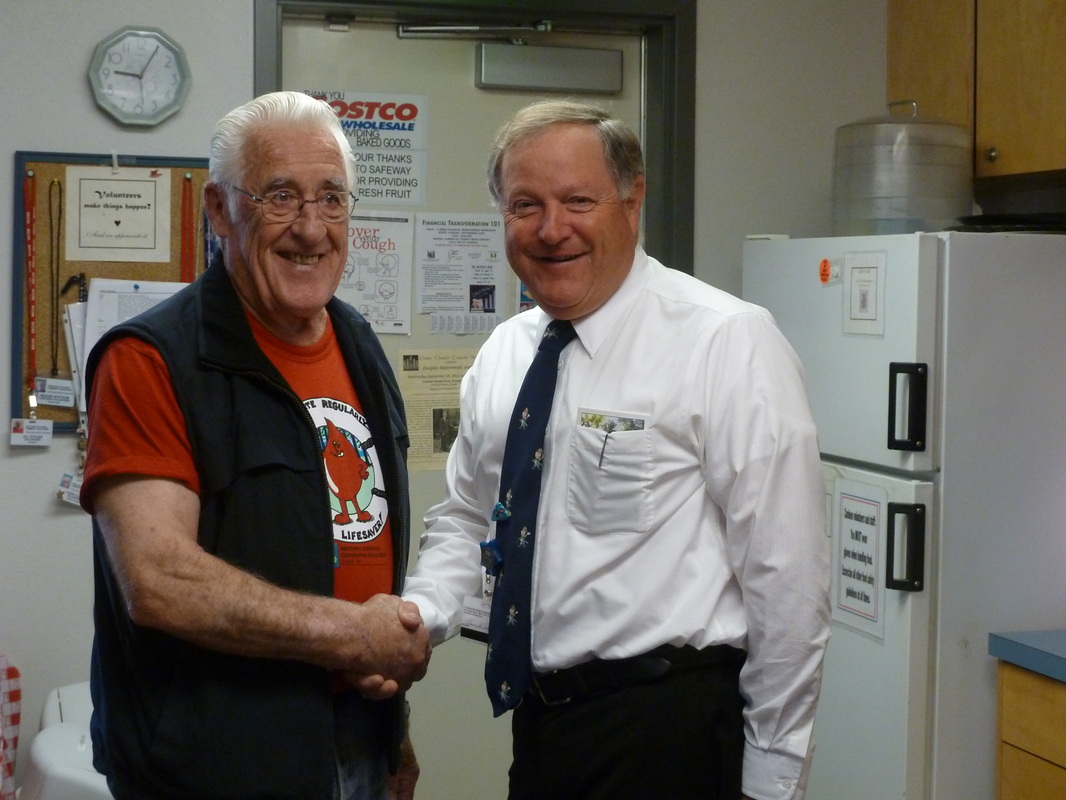 In 1950, blood was only available to patients in Humboldt and Del Norte counties after a long and grueling process. Once donors with the correct blood group and type were found, their blood had to be cross matched with the patient’s blood. Donors then had to wait by a telephone during surgery in case they were needed since Humboldt and Del Norte had no way to store unused blood.

Local physicians decided that this was not an effective way to provide needed blood for surgery. Consequently, Shiras Jarvis, Phillip Dohn, Stanwood Schmidt, and George Watson decided to form a community blood bank. They approached the Eureka Elks Lodge, and under the leadership of Carl Hansen, the Elks raised the money to start the “Humboldt Del Norte Blood Bank.” The blood bank was incorporated in 1951 and in 2016 we celebrated our 65th anniversary.

The original blood bank was in the Lloyd building which is still located on Fifth Street. In the beginning, physicians took turns drawing blood, but soon after there was permanent staff hired for those tasks. According to the minutes of original Board meetings, Aubrey White was the first “Head Technician” and paid employee of the blood bank.